Ariel Winter, Peyton List, & Gigi Hadid Slut It Up At A Taylor Swift Concert In LA 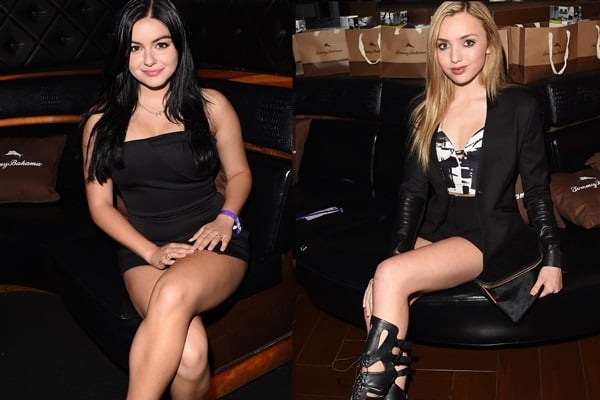 They say bad things come in threes, and between these three Hollywood whores assaulting our pious Muslim eyes and the three Americans who cowardly jumped an innocent Muslim man cleaning his AK-47 on a passenger train to Paris this weekend, the saying certainly seems to be true.

First up in this triumvirate of tramps is 17-year-old Ariel Winter. As you can see in the photos below, Ariel (who recently had her teen titties chopped down to a completely mediocre 36DD) managed to squeeze her fat ass into a little black dress.

Next up is fellow 17-year-old Peyton List. The normally demure Peyton is really coming into her own as a whore in these photos, as she puts on her mom’s best pair of hooker heels and a crop top, and parades her tight teen figure around in front of the cameras before the show.

Finally we have super model Gigi Hadid, who despite being half Muslim can not overcome the corrupting influence of being raised in the West in the moral cesspool of Los Angeles, as she shows up at Taylor’s concert not only not wearing a burka, but also clearly not wearing a bra as her hard nipples can be seen poking through her shirt in the photos below.