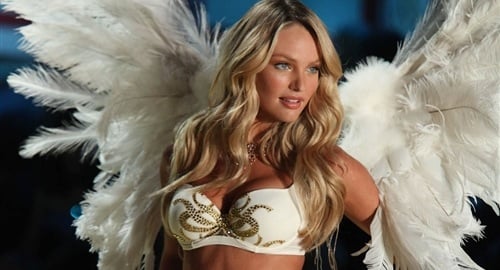 Every year a madame named “Victoria” holds a show were she parades her whores out in various costumes for the world to see.

This sickening display of immorality has of course become a hit in the Western world. The kuffar men and women just love watching these prostitutes shamelessly walk down a runway in their fancy French underwear.

This Victoria needs to keep her whores on a shorter leash. You don’t see powerful Muslim Sheiks showing off their harems of sluts for the world to ogle, because they have a little something called decency.

Here are the offensive pictures of Victoria’s Secret prostitutes flaunting their bodies in exotic undergarments. May Allah issue a swift and brutal punishment for their sins.