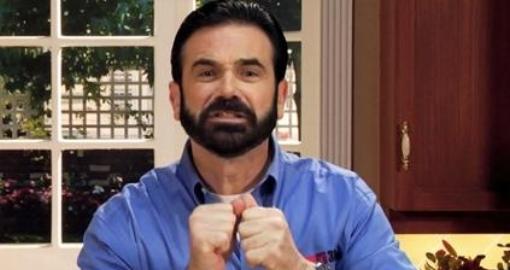 According to the statement released by the Hillsborough County medical examiner, the autopsy of TV pitchman Billy Mays concluded that cocaine use caused the development of his heart disease, and thereby contributed to his death.

Surprised? No, I doubt anyone’s all that surprised by this news. Cocaine is the steroids of the TV pitchman business. Was it really likely that while all these other pitchmen were cranking their noses full of coke that Billy Mays the best, prettiest, and prima donna-est of them all, abstained? That his enormous raw enthusiasm came from the love for his products and not the sweet coca plant?

In the coming days there will be a lot of discussion about what this means for Billy Mays’ legacy. As well as what this means for Orange Glo, Gopher, OxiClean, Kaboom, Fix it, and all the other substandard products Billy pushed on us with his drug fueled tirades on late night TV.

However, one thing is for certain. For some Billy Mays pitchman legacy is forever tainted with a stain no amount of OxiClean can ever remove