Bristol Palin Used Prayer During “Dancing with the Stars” 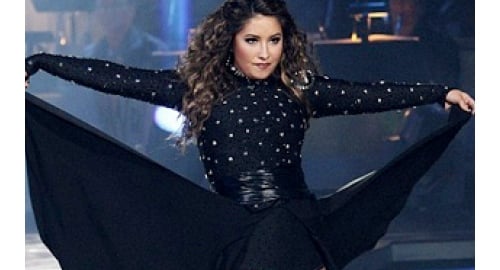 Further proving that Americans use God only as a springboard for reality television success and McRib coupons, pagan soul Bristol Palin, daughter of Alaskan mannequin Sarah Palin, recently told People Magazine that “faith and prayer” helped her get through a reality show in which Americans dance to fun music for money.

It is shameful to use any God, even the crappy American one, for help with personal, trivial issues. In our bunker outside of Kabul, we rely on God for food, and to quell the infections in our feet. Yes, we hold dance contests, but we would never use Allah to see us through them. For dancing success, we rely on Usher videos, and early-period Christina Aguilera routines. Perhaps if Ms. Palin had been granted the strength of Twinkie refusal, she would not have needed divine intervention to swing dance for three minutes.

Once, I was walking down a street in Islamabad, and I swear to Allah I heard an American journalist asking for help fixing a flat tire. American’s are so weak. Praise be to A-to-the-H.