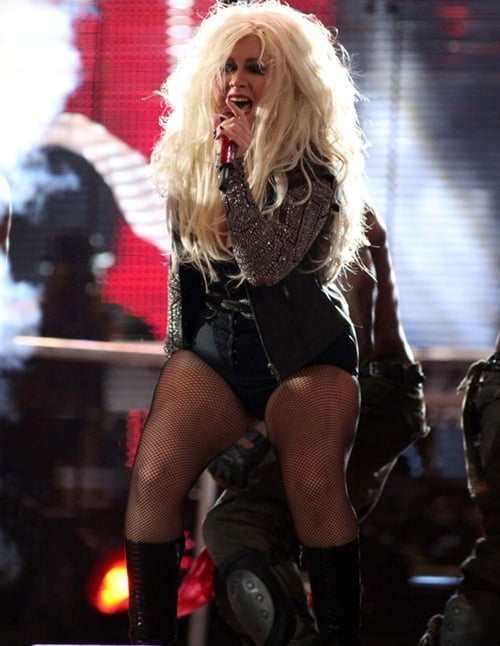 Pop star and old obese whore Christina Aguilera debuted her new look at the Michael Jackson tribute concert last night, and as you can see Christina is trying her best to look like MTV’s Jersey Shore star “Snooki”.

The Snooki look is extremely popular with the kuffars in America right now, and is characterized by obese women stuffing themselves into poor fitting slut outfits like the one above. There must be something about fat testing the textile strength of garments that gets the American kuffar man all hot and bothered, as both Snooki and Christina Aguilera are considered sex symbols in degenerate American culture.