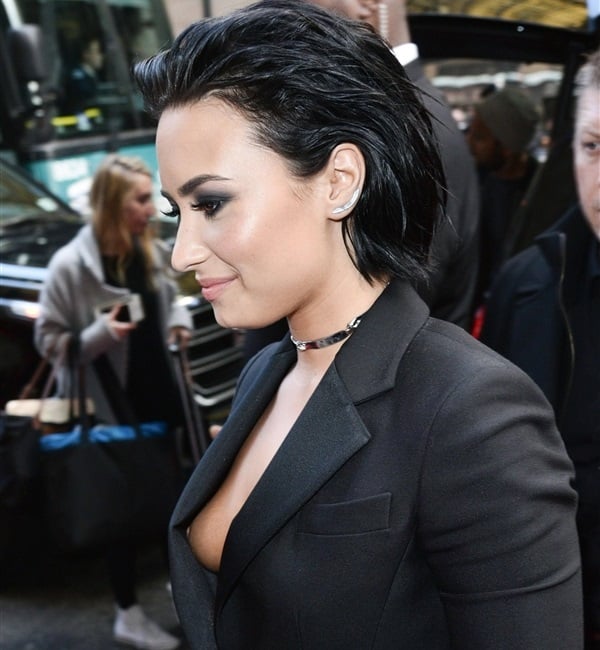 Demi Lovato “accidentally” slips her boob and nipple out of her jacket in the extremely disturbing photo above.

Demi has a lot of issues with self-loathing because she is one of the ugliest skanks that Disney ever created. Unfortunately instead of continuing to deal with those issues through cutting and eating disorders, Demi has embraced the idiotic idealistic mantra of “loving herself” and being proud of her body no matter how hideously misshapen it is.

Now instead of Demi Lovato harming herself she is harming us innocent bystanders by inflicting us with the horrendous sight of her exposed titty and nipple in the photo above. After seeing Demi’s grotesque areola in this pic I challenge anyone to say that she wasn’t better off continuing down the path of drug abuse and self mutilation before she went to that hippie California rehab facility.