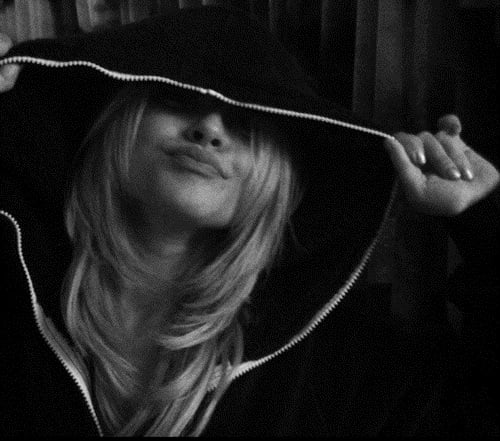 Racial tensions are high in the heathen US of A after the shooting death of a black teen by a white member of a neighborhood watch.

The black teen, Trayvon Martin, was reportedly skulking around in a gated community wearing a hoodie when he was confronted and shot by one George Zimmerman (an Hispanic with a Jewish last name who the media is referring to as white).

To draw attention to the death of Trayvon Martin, black celebrities (i.e. athletes and rappers) are taking pictures wearing hoodies. Of course this hoodie movement was quick to be mocked by pious converted Muslimina Hayden Panettiere in the photo above.

That is because Hayden (like all Muslims) understands that Trayvon Martin is not an innocent victim. When a black wears a hoodie it is perfectly reasonable to assume he is a criminal and shoot him. Just like when a woman displays her bare arms, legs, or face it is perfectly reasonable to assume she is a whore and stone her. Or to put it another way, if I dress up as a clown I can’t get mad when I get a pie to the face.