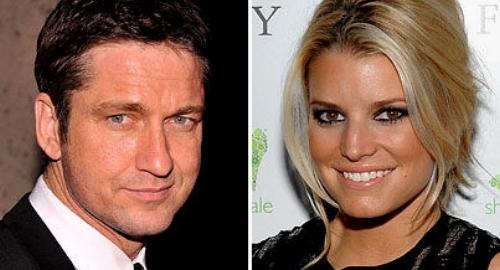 Has Jessica Simpson finally found a new man who can become sick of her shit and dump her? Apparently so, Jessica is rumored to be hooking up with Gerard Butler.

Jessica and Gerard both dined out at Soho House in NYC on Tuesday night and they seemed to be getting very cozy with each other.

A source says, “They were at a table with friends, but Jessica and Gerard, who sat next to each other, seemed to only be interested in each other and chatted for hours. They were laughing and flirting and eventually left together.”

This is not at all surprising Gerard Butler likes to take home a fattie every once and while for a good old fashioned pump and dump. Helps keep him in shape. Jessica Simpson will surely be an emotional wreck when he inevitably stops calling.