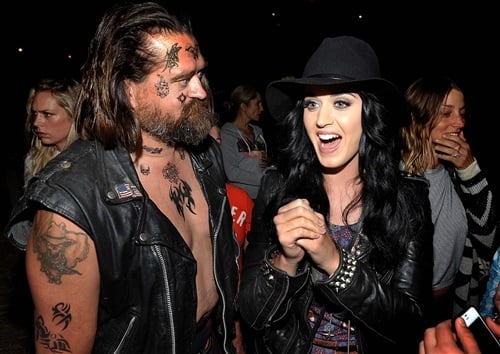 Above is the last known photograph of pop star Katy Perry before she went missing late last night.

Katy Perry was leaving the Whisky a Go Go nightclub when this picture was taken. Only Katy never made it home, and her car was later found abandoned on the side of the road.

Police have yet to open a missing persons case for Katy Perry, but obviously they would like to speak to the suspicious woman deviously rubbing her chin in the background of this photo. She is considered a “person of interest”, and presumed to be extremely dangerous. We’ll have more on this story as it develops.