Kylie Jenner Is In A Bikini Again 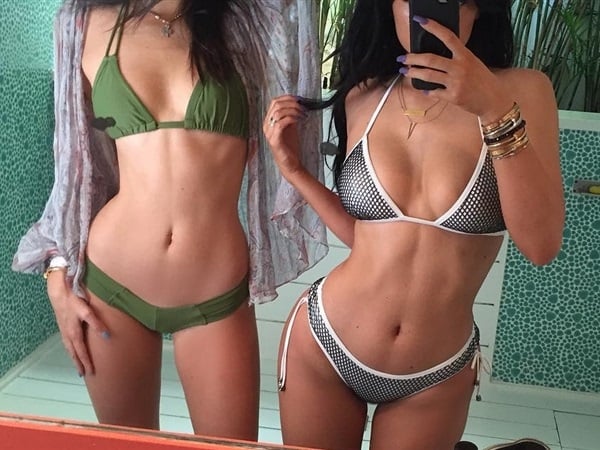 As you can see in the photos below, Kylie Jenner has once again been photographed in a bikini.

Ever since Kylie turned 18-years-old it has just been one “candid” bikini shoot after another, as Kylie prostitutes her newly adult frame for attention. Of course these bikini pics are almost certainly going lead to “leaked” nude photos, which will then culminate in a sex tape with her jigaboo rapper boyfriend Tyga. It is just textbook Kardashian fame whoring 101.

Of course lost in this whirlwind of Kylie Jenner sluttery is her sister Kendall. Though Kylie throws Kendall a bone every once and while by letting her pose in a bikini next to her on her Instagram, it is clear that Kylie is the star of the family now and that Kendall’s decision to not bang black guys and get chicken grease injected into her sex organs has cost her with the depraved infidel public. As you can see in this recent Instagram pic, Kendall is not taking it well and she appears to be contemplating suicide.