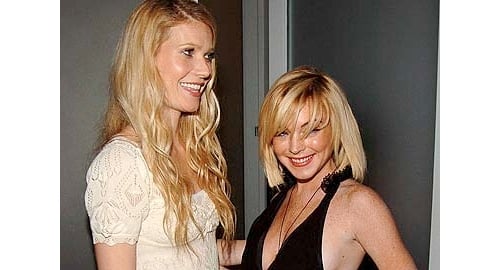 Did you know that Gwyneth Paltrow and Lindsay Lohan were best friends that cheered each other up when they were feeling blue? Nope. No one did. Except Lindsay. So when Gwyneth called Lohan “crazy” on the stain of a TV show that America calls “Glee”, Lohan had had enough and DID THE ONLY THING SHE KNEW HOW TO! She became sad. So sad that she had to talk to her mom. And being sad enough to dial up Dina Lohan for support classifies as borderline suicidal according to the DSM-VI.

If Lindsay hearing someone calling her “crazy” on TV is enough to set her off, then for the love of God, keep her away from the Internet. I’m pretty sure it was invented by Marc Anrdeesen 30 years ago cause he knew there would be this trainwreck of a girl named LIndsay, and everyone would need a way to get together and make fun of her.

The future is now.