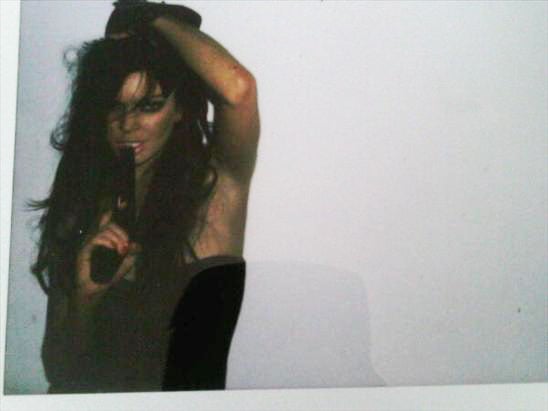 Always the trend setter, Lindsay Lohan created quite the buzz last night with a postmodern cry for help. Lindsay tweeted a picture of herself holding a gun to her smiling mouth, putting a playful ironic twist on her a desperate plea.

“She could have gone the traditional route and went to a rehab center or a psych ward, but that’s been done to death,” said art critic Lamar DeBold. “What Lindsay did was turn your traditional suicide threat on its head by seamlessly merging performance art with the lowest depths of hopelessness and despair.”

DeBold claims that by adding elements such as the Polaroid frame and the sexy black dress, Lohan was commenting on how her sex symbol status and constant run-ins with the paparazzi are factors in her inevitable overdose and, or suicide.

“With that ironic little smirk, Lindsay is saying that she knows that we know she is actually going to blow her drug-addled brains out someday soon.”

Added DeBold, “I haven’t been this impressed since Heath Ledger went 90’s kitsch by overdosing at the “Full House” girl’s apartment.