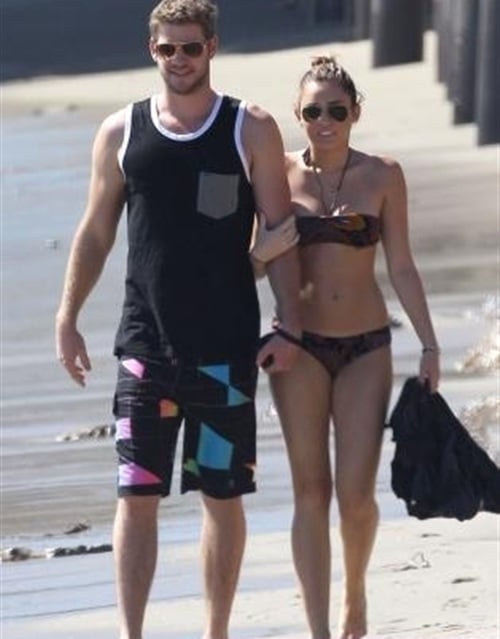 Converted Muslim Miley Cyrus wears a bikini while being accompanied to the beach by a male relative yesterday in Malibu.

It is commendable that Miley Cyrus is trying to bronze her body to fit in better with us Muslims. You can tell she is very uncomfortable and feels great shame in having to expose her nearly nude feminine form like this, as she has an awkward smile and burka ready in hand.