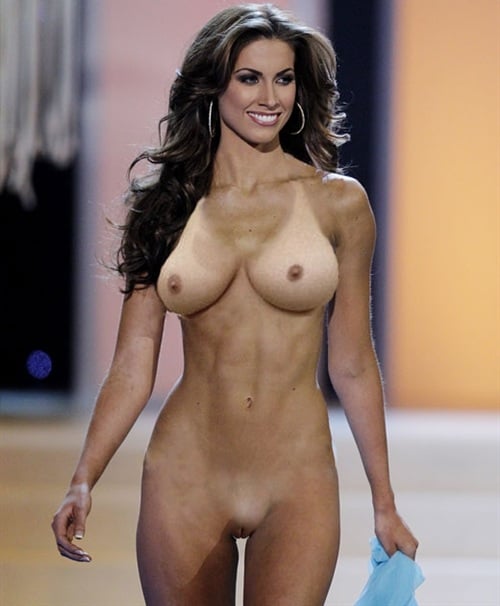 The above naked photo of Miss Alabama Katherine Webb from the nude portion of the Miss America pageant has just leaked to the Web.

Katherine Webb caught the American public’s eye while watching her boyfriend (Alabama quarterback A.J. McCarron) at the BCS national championship game when commentator Brent Musburger repeatedly fawned over her beauty and remarked how much he would like to sodomize her.

Infidel men like Brent Musburger probably find Katherine Webb attractive because her strong masculine jawline reminds them of the truckers they like to suck off in gas station restrooms.

Us Muslims find nothing about this Katherine Webb naked picture appealing, and think the whole practice of beauty pageants for women are offensive. Women should only be judged on their capacity for reproduction (hip width) and usefullness for field work (a robust build with a strong posterior chain).

If aesthetics simply must come in to play when evaluating a woman, then the quantity and lushness of her body hair is the only feature that matters, and according to this naked picture of Katherine Webb she has none. Gross!