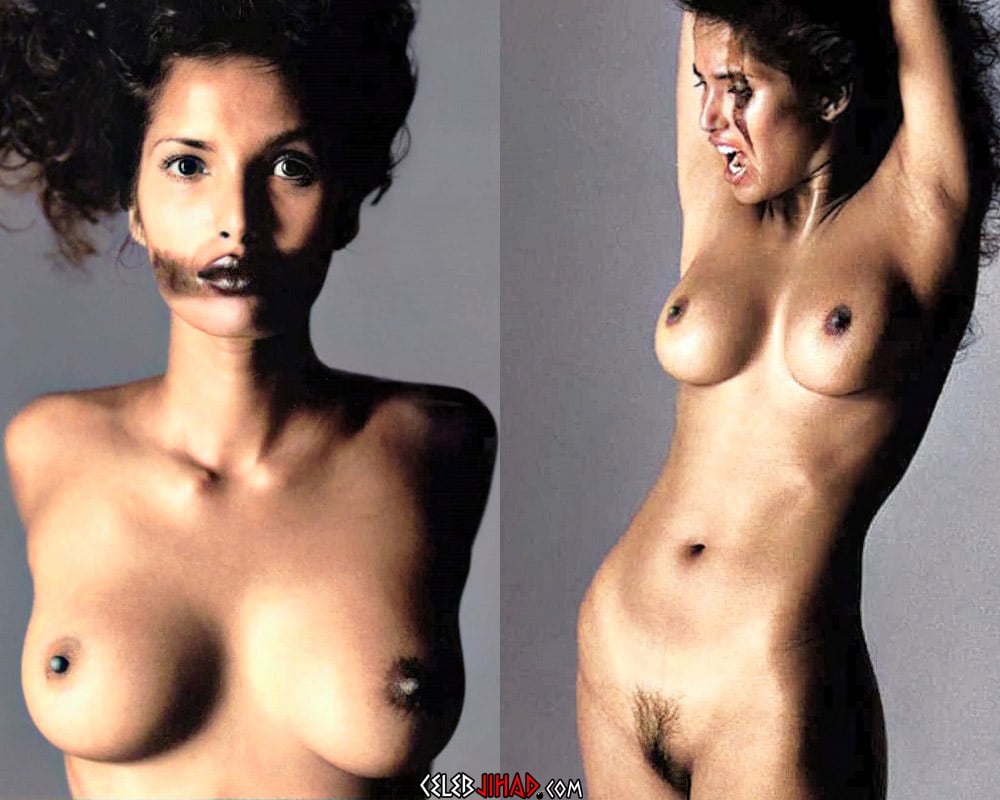 “Top Chef” star Padma Lakshmi’s formerly black and white nude photos have just been colorized and enhanced in the gallery below.

Of course Padma Lakshmi is so old that these nude pics were originally in Sanskrit, and so after translating them into black and white our brilliant Muslim scholars were able to colorize them so that her salacious sluttery can properly appreciated.


Naturally with Padma being a blasphemous cow-worshipping heathen Hindu hussy we couldn’t stop there, so we also color-corrected and enhanced her nude scene from the TV series “Caraibi” in the video clip above. Add this to our previous post chronicling all of her nude modeling pics (which can be seen here), and we are confident that she will have a swift and severe sentencing in Sharia court… Provided that this ancient street shitting senior citizen doesn’t turn to dust before standing trial.
Padma Lakshmi Nude Photos Colorized And Enhanced was last modified: January 20th, 2022 by Durka Durka Mohammed