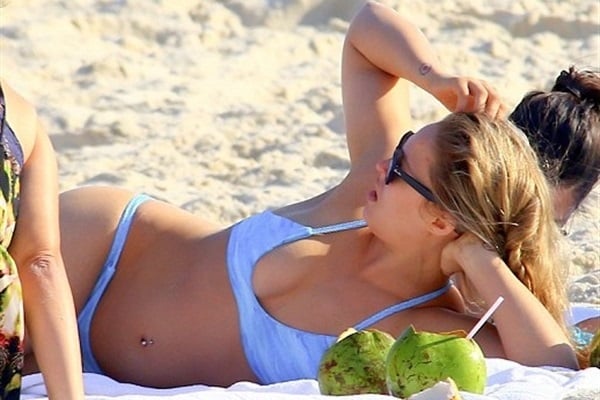 UFC Women’s Bantamweight Champion Ronda Rousey is just begging to get her ass kicked in these new bikini beach candids.

Even though Ronda’s body is pleasingly masculine the fact remains that she is still a woman, and the sight of her bare flesh is haram. You better believe that if one of us righteous Muslims were to catch Ronda laying around in a bikini like this we’d smack the shit out of her and put her in a “camel clutch” to teach her a lesson.

Yes it would take no time at all for us powerful Muslims to break Ronda Rousey, as her little armbars would have no effect on us for we are not ticklish. Of course the infidels males have proven themselves to be too effeminate and weak to put Ronda in her place, and her sturdy body continues to be squandered by not being out in the fields pulling the plow were it belongs. Instead the pathetically emasculated kuffar men pay to watch Ronda slap fight with her other lesbodykes, while they fantasize about her pegging their loose asses with her over-sized clit.