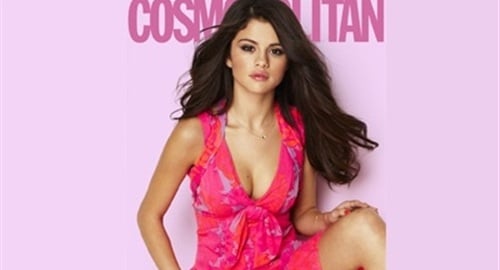 Selena Gomez appears to be starting 2012 the same way she ended 2011, by prostituting her body for attention. The heathen rag mag “Cosmopolitan” has chosen Selena Gomez to appear on the cover of their first issue of the new year.

However, if they are going to be stubborn and go with one of the photos below then they should choose #5 as Selena is showing more tit in it. Allahu Akbar!