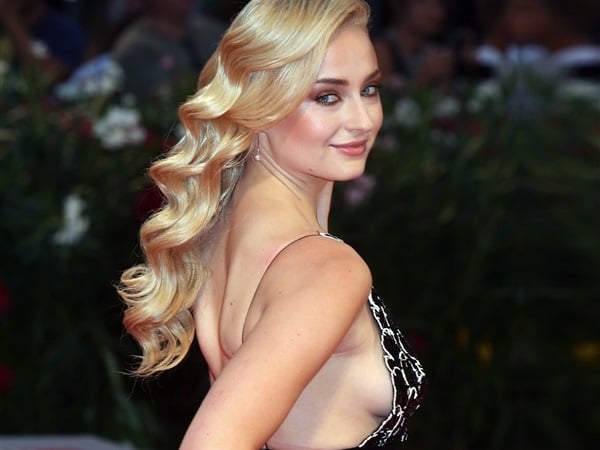 Sophie Turner flaunts her sloppy sickeningly pasty pale English sideboob in a low cut dress in the disturbing photos below.

Certainly no righteous Muslim would ever want to see the side nor any other part of Sophie’s sad sagging milky white tits sacks. Unfortunately Sophie clearly has no regard for the teachings of the blessed Prophet (PBUH), or our pious Islamic aesthetic as she so outrageously offends with this sideboob display.

So how are us Muslims to respond to Sophie’s brazen breastal ocular assault? Obviously the first step is to try and contain our extreme nausea. Next we must issue a fatwa denouncing Sophie Turner and condemning her and her British boobs to an eternity of burning in the hellfire. The final (and most important step) is to hop into our Toyota war trucks and drive around firing our AK-47s into the air while screaming “Death to the infidels!” and “Allahu Akbar!” before dousing a British, American, or Israeli flag (lets be honest it doesn’t really matter which) in only the purest Saudi gasoline and set it ablaze.